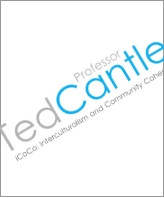 The thoughts of Ted…..

It has taken us 50 years to prove that there is just one human race. The pseudo-science of the Eugenicists has been dismissed and we know that the same blood runs through the veins of all humankind – Nazi nonsense too has been dismissed. The human genome project has demonstrated that there is as much genetic difference within ethnic groups as between them.

But the idea of ‘race’ is fast being replaced by ….

…ethnic, religious and national groups who still pretend that they have some intrinsic difference and superiority. These new boundaries are as divisive and nonsensical as the idea of race.

Perhaps now is the time to sign up to the human race. Yes, be proud of whatever ancestry we  might have but let’s begin to cross out all of those ‘tick boxes’ that divide us and simply  write ‘human’!

Many younger people in particular are left in the no mans land of ‘mixed race’, as though they have lost their identity. This is madness. They are showing that it is possible to have more than one exclusive identity. It is possible to be ‘human above all’, and still take pride in our own community and individuality.